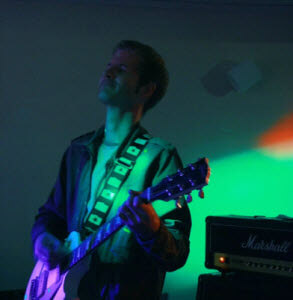 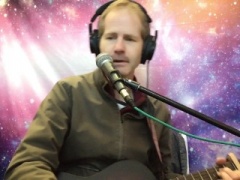 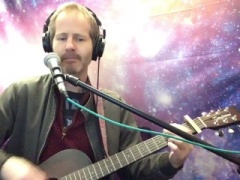 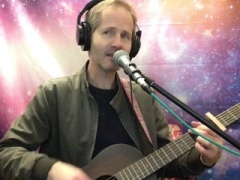 Worcester
United Kingdom
Genres
StreetJelly Stats
Member since:
Last show:
Number of shows: 4
Total viewers: 80
Fan favorites: 10
Remove Ads
More About Sean Jeffery - Singer/Songwriter/Guitarist
Hi there, I'm Sean Jeffery, and I started writing songs in the 1980s, and grew up listening to the Friday Rock Show on BBC Radio - my influences range from the cerebral prog rock of Rush to the riff-based metal of Iron Maiden, but also Brit Rock from Travis, Radiohead, Stereophonics and Oasis.

I was lead vocalist and rhythm guitarist for various bands from the 2000's onwards - including power rock trio Epsilon Red, and indie rock four-piece Hitchhiker, both of which had live sessions for BBC Radio - and my solo professional career started four years ago, with airplay for several of my songs on BBC Introducing. My first solo EP (Chemistry) came out last July and I have a new one out in May through Aldora Britain Records. A debut album is planned for autumn or winter.

My "day job" is playing covers (and, sometimes, my own songs) at parties, weddings and music venues. I've enjoyed the transition to live streaming as I've been able to make a lot of new friends around the world.

I've busked for charity in Worcester city centre, but as it's usually raining in England I'm not keen on playing outside! It's also only a small city so you have to be quick to grab the best spots!

During a battle of the bands contest at the Marr's Bar - which used to be one of the best live music venues in Worcester before the pandemic - my guitar lead stopped working mid-set. Thankfully, a friend of mine in another band taking part rescued me from having to play my electric guitar acoustically! Needless to say, we didn't win the contest...

My main electric guitar is a black PRS SE 245 soapbar electric. It replaced a white Gibson Les Paul 50s Tribute which looked cool in photos but never stayed in tune despite a guitar tech friend spending hours trying to fix it! The Les Paul P90-like tone suits my playing, and was handy when playing with bands as my chunky chords could cut through the racket from the lead guitarist and drummer!

My acoustic guitar is a Tanglewood Crossroads. I got it when I had to sell my Faith acoustic when the world turned upside down last year and I needed the money - the pickup had to be replaced on the Faith, and it cost almost as much as the Tanglewood. Turns out the parlour shape and the general feel suits my sound more - the Faith is more suited to folk.

I also have a black Gretsch Electromatic Jet which is more jangly and less heavy rock. Snapped up on eBay secondhand, just needed a few repairs and has a scar on the body where someone dropped it!