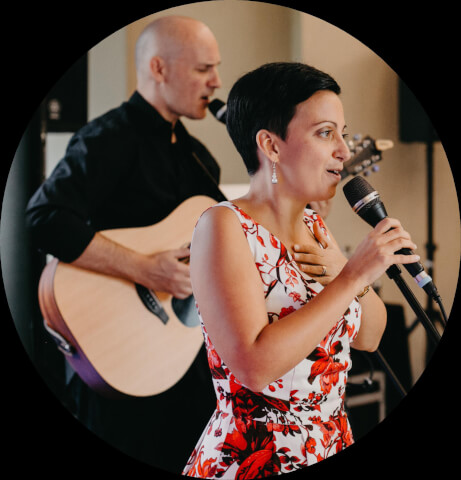 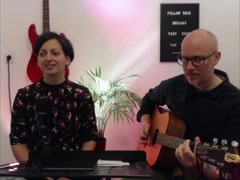 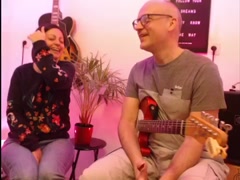 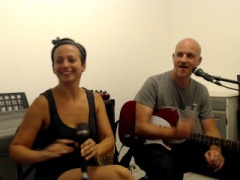 Vannes
France
Genres
StreetJelly Stats
Member since:
Last show:
Number of shows: 38
Total viewers: 689
Fan favorites: 11
Remove Ads
More About lucie
Lucie is an English-French duo, formed in 2018 after originally joined forces in 2015 with a cover duo called "Whatever".
The duo share the same passion for many music styles with similar points of views on lots of world issues but they chose a more alternative route for their own original songs with a mix of mainly Blues, Folk and Soft Rock.
Their music and lyrics hope to send important messages with real life subjects.
Already working on their second EP, Lucie are more motivated than ever to create a blend of real life topics and more personal tunes and look forward to performing their music live in future concerts and festivals.
Do you want to support us in our projects? firstly you can get our EP by following the Amazon or ITunes links on this page. You can give us some tips during our shows on this Website. Watching / liking our videos on YouTube/Peertube is also a very easy and free way to show us your support, we really appreciate it!

During our very first time in the street, a local journalist came to us and started an interview as she was making an article about street musicians. She also asked us to perform while she was filming us in order to post the video on their website.
We were obviously very nervous, and as we started to play a tourist train that goes around the little streets of Vannes passed just behind the journalist, very slow... and very noisy!
So the film was ruined! She still posted it and you can still see the performance on "Ouest France" website :-)

I went on stage, took my guitar that was on a stand... but the cable was all mixed up within itself and I had to unplug, arrange the mess, re-plug, forgot to cut the volume on my pedal-board, got evil eyes from the sound engineer... all this took ages and I looked like a proper dummy...
Ren

We had to stop playing once during a song... I don't know what happened I messed up my lyrics and was completely lost! We started again, laughing with the public... but I messed up again!! We had to start the song a third time and I finally managed to get through it!
Lucy

My very first guitar that my dad bought for me when I was 13 is still with me. I don't use it anymore but I can't even think about getting rid of it.
I don't give names to my guitars...