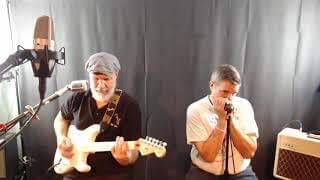 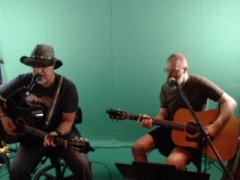 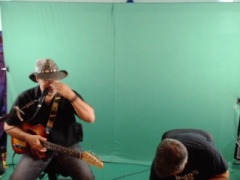 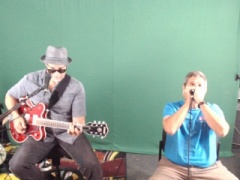 Olmsted Fall, Ohio
United States of America
Genres
StreetJelly Stats
Member since:
Last show:
Number of shows: 31
Total viewers: 790
Fan favorites: 9
Remove Ads
More About canyonwindmusic
My name is Keith AKA "Pappy" nickname given to me by my oldest granddaughter.
I play in a few different bands. The Canyon Wind band, Top Rail Band and the Canyon Wind Duo which is featured live on Monday night. Occasionally you can catch a live stream of the Top Rail band on Wednesday night. Top Rail is a Americana band playing Bluegrass and Roots music. In addition to playing in bands I also perform as a soloist (Guitar & Vocals).

The Canyon Wind Duo features my friend Bing on Harmonica. From the first time I heard him play I knew we had to get together to play the blues. We play Country and Rock n Roll too. Hope can tune in on a some Stormy M

When I was younger and really interested in playing slide guitar I bough a Coricidin bottle slide like the kind that Duane Allman used. When I got to the gig I was so excited to try it out but that never happened. While loading my gear into the gig I put the slide in my pocket but it fell out and broke into a million pieces :( I never bought another one.

Although this was not my first guitar it was my first good guitar. There was a local guitar player who I idolized for his playing and eventually took guitar lessons with him. Neil Giraldo who went on to play in Rick Derringer band then moved on to fame with Pat Benetar sold me his Fender Stratocaster. It had a 3 way switch and a natural wood finish because he had the paint stripped off the guitar. It was also re-fretted with fat frets. I should have kept it but I sold it to a trumpet player. :( Later on I bought a white Fender Strat because of the pictures of Jimi Hendrix. I used that one for years as my main axe.
After moving over to playing in my Country band the Strat did not cut through the mix so I switch over to Telecaster. But I had to have three pick up Teles because I always loved the in between positions of the Strat. I have a couple of Teles now as well as the white Strat but my main axe is my Gretch Brian Setzer 6120 and my Gretch Panther. Heck I love them all who wouldn'