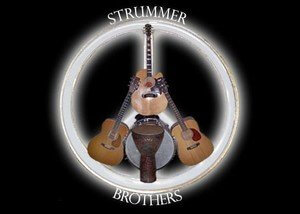 Strummer | buffett to the blues 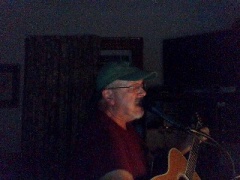 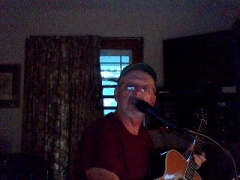 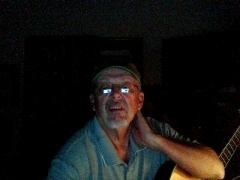 Sherrill, NY
United States of America
Genres
StreetJelly Stats
Member since:
Last show:
Number of shows: 12
Total viewers: 235
Fan favorites: 5
Remove Ads
More About Strummer
playing and singing since I was a kid. just a strummer / rhythm player. love to sing & write my own music.
I've been playing at senior centers, nursing homes/assisted living places as well as the local ARC of Madison/Oneida county for the last 10 years. Played in a couple different bands over the last 20 yrs, one acoustic trio called the Strummer Brothers and a 5 piece classic rock band called Oldfield 5 although haven't played in either group in a while. If the occasion arises, I'm sure we'd probably find the gumption [as long as the hours were earlier, sucks getting old]. I always like to take requests, although sometimes I just take them home. always willing to learn new....err, new to me, songs.
Not too up on the newer stuff, don't listen to much radio.
I've been influenced by mostly acoustic players, James Taylor, Cat Stevens, Harry Chapin...and the like, although I've always been into the early classic rock and roll, Young Rascals, Moody blues, Zepplin, too many to list

I call all my guitars woody, that way I don't get confused. [did I mention it sucks getting old]
I have a Martin m36 [my fav], a taylor 814ce with first gen electronics, an Ibenez ag95 that I wish I never bought [anyone want to buy a nice guitar], An old 1940's kay archtop with checkerboard trim and trapeze bridge [sweet]. play through a Mackie 808m with the groups and a fishman tower for solo.