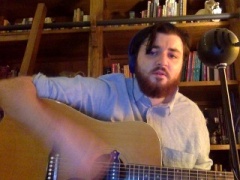 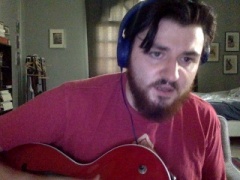 Al Ain, Abu Dhabi
United Arab Emirates
Genres
StreetJelly Stats
Member since:
Last show:
Number of shows: 3
Total viewers: 9
Fan favorites:
Remove Ads
More About SieffertMusic
Born in Chicago, and living in the UAE from the age of ten, I grew up surrounded by music. From the blues clubs and festivals in Chicago, to the many cultural influences of an international upbringing, music has been the foundation of my life. After being accepted to Berklee College of Music in April I will defer for a year to save up money to attend without loans. That is my motivation and drive to become a better musician and share my skills in any way I can to produce quality music.

It was coming up to a two day performance and I had started to feel little under the weather. It hit al at once the moment I showed up for the gig. My throat was sore and I was losing my voice. Armed with honey and cough drops, I played both nights singing my way through the pain and by the last set of the evening I could no longer speak. I thought to myself well at least the shows over, but then realized I had to do it again the next night.

I showed up for a gig and really wasn't feeling it. On top of this, there were about 6 people in the audience 2 of which were my parents. It was about 104 degrees outside so I had stripped down to my undershirt and took my shoes off. I was a sweaty mess, guzzling water, playing for a the smallest group of people with my parents in the shade looking almost more unimpressed with being there as I was.

Although my guitar is lacking a name it is a beautiful, candy apple red Gretsch g2420t Streamliner. With two humbuckers it gives a full and chunky sound to my funky jazz style.