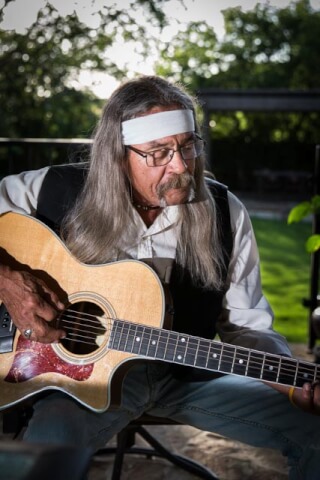 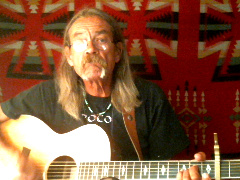 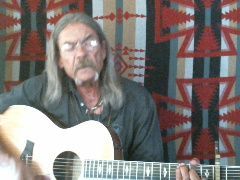 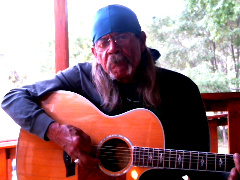 Odessa, Texas
United States of America
Genres
StreetJelly Stats
Member since:
Last show:
Number of shows: 410
Total viewers: 5,849
Fan favorites: 73
Remove Ads
More About Restless Native
It all started with the Byrds and Buffalo Springfield. Then followed my favorites from those groups to CSN, CSNY,POCO, the Flying Burritos and of course Jackson Browne. Saw them all live at one time. Nowadays I concentrate on writing but I get really wrapped up in Jimmy Lafave. He can do all kinds of cool stuff with covers by Dylan, Browne and his originals. I do my best on his songs cos most folks never hear his stuff on radio. I suggest listening to all his music.
Thought.it was time for an update. Been a great time playing on streetjelly.com. Met some great people and made some good friends. My genre hasn't changed but I have some. A good thing. We lost some fine people since I began here. Some were fans and where we would be without them. Jimmy LaFave has been my go to guy for years and now he's no longer with us., but my greatest lost in a while was when my very good friend Frank Beam aka "West Texas Snowman passed on the 13th. He was to say a "mentor and a good example Miss u

Had some crazy moments in the streets but not playin. Played some at S by SW in Austin a few years back but nothing spectacular. B B Rovers there was a hot spot for me then. Open mic with some really good people. Tons of fun!

My partner at the time had some really crummy gear and our first gig together it all went down. After our first song his equipment started its own thing and he told me I'd have to go solo. So I did and he left but he came back in about an hour from Wal Mart with mega chords to patch it up. We had invited all our friends so we had a good crowd but when we finished his brother came to him and ask him if how long had he had been with their dads company. James said 5 years. His brother said you have a bonus coming, I'll have a direct deposit for you Monday. BUY SOME DECENT EQUIPMENT. The next week he had a nice Martin and a nice Marshall. The rest is history

My 71 Ovation Artist took a dump in 06 but my great friend Rick blessed me with a Taylor 814 CE the same year. My playing has improved dramatically just cos the guitar does it all. Whether acoustic or powered up it's the best thing in the world to me

DJ Pin
26 Awards
“Thanks for playing my song.”
Last Awarded: