Miles_Morgan | Big Voice From The Midwest! 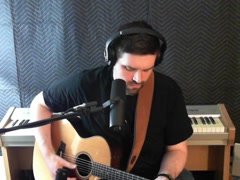 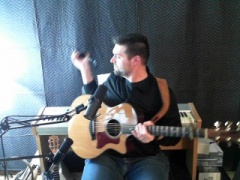 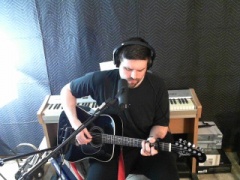 Ames, Iowa
United States of America
Genres
StreetJelly Stats
Member since:
Last show:
Number of shows: 6
Total viewers: 120
Fan favorites: 5
Remove Ads
More About Miles_Morgan
Miles Morgan is the lead singer and primary songwriter for No Stone Thrown, a band he co-founded with Jacob Etheredge in 2003. His style has been described as "acoustic pop with a kiss of country" and while his mom would never say anything bad about his music she has often wondered aloud why some of his songs have those "rocky guitars" in them. Miles lives and works in Ames, Iowa where he tries to be a good husband, daddy, employee, and musician.

Miles graduated from Iowa State University (ISU) in December of 2003 with a B.A. in vocal music. During his time at ISU he was a member of the Iowa State Singers under the direction of James Rodde and performed in several ISU Opera Studio productions. He also took voice lessons with Mary Creswell.

Currently Miles is recording simple acoustic cover songs for his YouTube channel, Miles Morgan Music and playing live whenever he can. He is also writing several new originals with hopes to record them in the future.