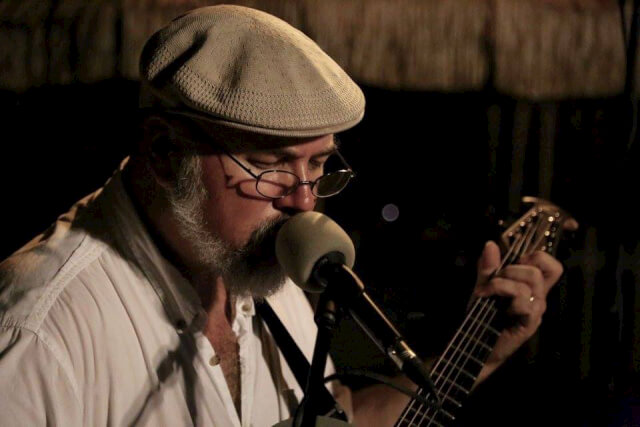 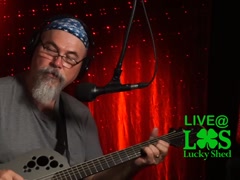 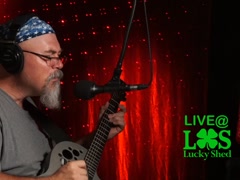 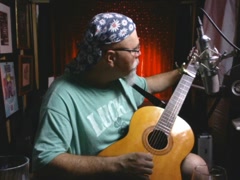 Florida
United States of America
Genres
StreetJelly Stats
Member since:
Last show:
Number of shows: 90
Total viewers: 1,600
Fan favorites: 25
Remove Ads
More About Marvin Lee
Ever hear of Florida Frailing? Probably not. It's a thing. Cross ole time banjo clawhammer and frailing with some percussive guitar, throw in a good portion of neo-southern existential lyric and you will begin to arrive at Florida Frailing. Marvin Lee is the primitive modernist who is sculpting this genre from the many and varied colors of traditional folk music. Yes, Folk Music is alive and well and mostly retired in the State of Florida. Only fitting that the music that was made popular by middle last century Northeasterners studying Southern Music Lore comes back, once again, to the most Southeastern of States to retire formally. Alive and well, that is what Florida Frailing is now.

Any musician that was raised in the deep south and has played out in the small jukes and honky-tonks has seen so many "wild moments" that they are pretty common. Perhaps if aliens landed, ordered some PBR's and left me a Benjamin, I'd have a story to tell you. Other than metaphorically, this has not happened yet. I'll keep you posted.

Stepping up to an open mic after a 10 year hiatus from music. Turns out, you do rust a bit. That was a while back now, and had me wondering why I wanted to do this again. I wrote the song "Open Mic Prayer" based loosely on this experience and can laugh about it. Perpetual growth really is one of the best things about music.

I play an american made Ovation 1778T guitar that I traded a gun for at a local pawn shop. Hadn't been in a pawn shop in years, but I was running early to a job one day and pulled into this pawn shop to kill some time. This guitar was hanging on the wall. This was just before they closed Ovation Factory here in the states. I thought it would be a great guitar for playing out on the Florida decks. Frankly, i bought it as a "beater" guitar. In the time I've had it, I have come to realize that it is totally unique tonally and has a "bouncy" action that just screams, "Frail Me!". It is now my main guitar. Not long ago, The Ovation Factory here in the US was re-opened. They don't make one exactly like mine any more, but they are making this uniquely American instrument here in the US once again. Score one for us!