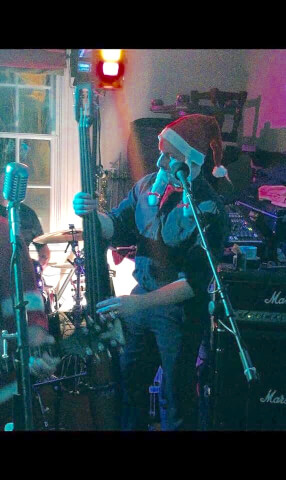 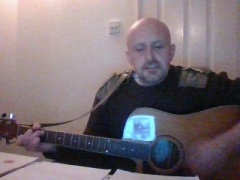 United Kingdom
Genres
StreetJelly Stats
Member since:
Last show:
Number of shows: 2
Total viewers: 4
Fan favorites:
Remove Ads
More About Jon Lote
No Bio, why? Someone suggest to the musician to fill out an interesting profile. We all want to learn more about them.

I once had to stop playing bass to catch the rhythm guitarists combo amp which was positioned on a table on the side of the stage.
During the first few numbers, the vibrating decibels bellowing from the amplifier caused it to dance around the table, which inevitably neared the edge of the table.
I noticed this just in time and caught the amp as it fell! Slightly embarrassing but at least I spared the guitarist from forking out a few quid for damage! He late bought a proper amp stand

I bought my first guitar in October 1995, which is an Aria (that's all the info I have) and it is a Wide-neck Classical Guitar. I still play it to this day.