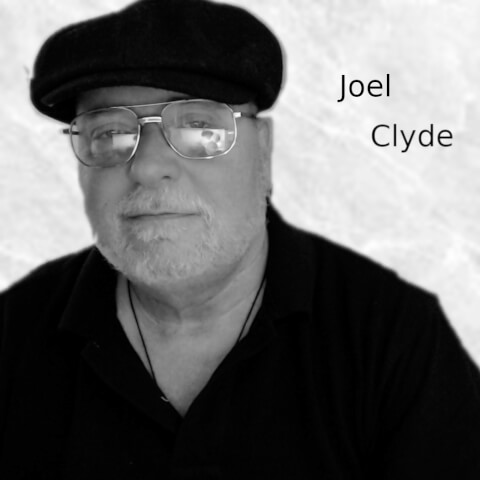 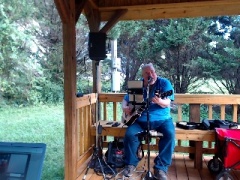 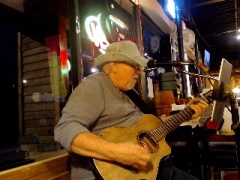 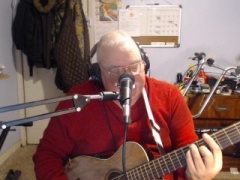 Chatsworth, Ga.
United States of America
Genres
StreetJelly Stats
Member since:
Last show:
Number of shows: 7
Total viewers: 152
Fan favorites: 5
Remove Ads
More About JoelClyde
Joel Clyde has been a professional musician for over 3 decades, and has been a side-man, and/or opened for many well-known national acts.

He performs oldies, country, big band, ethnic music, and more, playing several instruments, including acoustic, electric, classical and bass guitar, banjo, fiddle, harmonica, keyboard, and makes his own backing tracks. He has State-Of-The-Art equipment. He can do it all, from lounge-acoustic, to a full-sound dance-band show. In addition Joel Clyde plays to the crowd, and has an almost supernatural ability to feel what an audience wants to hear at any given time. He does requests, and with a repertoire of over 4000 songs spanning 5+ decades, he seldom gets stumped. Joel Clyde is also an accomplished songwriter, with a unique style and ability to craft thoughtful, haunting, and at times, tongue-in-cheeek lyrics and melodies. He has a sometimes soulful, sometimes sarcastic, and often, deliciously irreverent take on life and its many complexities.

My real name is Joel Clyde Brothers. There is a valid reason why I drop my last name when performing.

I was booked at a casino in Jackpot, NV many years ago, as Joel Clyde Brothers. When I showed up by myself, the Entertainment Director asked me, "Where is the other guy?" I was confused, and asked him, "What other guy?" He said, " Your brother. You know, the Joel Clyde Brothers?" I informed him that was my name, not an act, and he tried to weasel out of the deal, saying that they didn't book solo acts. I retorted, "For what you are paying, you're lucky you got me...."

Anyway, he agreed to let me do the week, and the joke was on him, because by the end of the week, I drew one of the largest audiences they ever had in that room. I am still the only solo act that I am aware of that they book regularly there. That's why I just bill myself as Joel Clyde now...it avoids confusion......

This is going to sound weird, but once, while playing for a large Elk's Club crowd, the zipper on my Tuxedo broke in the middle of a set. My fly sprang wide open. Luckily, I was able to hold my guitar in front of me, hiding the gaping chasm, and my freshly bleached, very white skivvies. I did the rest of the set with an awful draft in a strange place. I was really, "shooting the breeze....". After the set, my wife was able to pin the fly back together good enough to finish out the show.

I remember my first acoustic guitar. My brother got it for me when I was around 6 years old, in 1964. It was a Kay mahogony-top. I can't remember what happened to it, as it has been half a century ago. My first electric guitar was a Silvertone, and so was the amp. I don't remember what happened to it, either. But I like to think that both are still being played by someone somewhere. They served me well for a long time.

I have many guitars, as well as other instruments now. I really don't have names for them. My favorites are my 1974 Ovation Balladeer and my 1957 Gibson ES-135. I am also very fond of my 1998 Recording King RPH-05 Parlor Guitar. It has a great retro-bluesy sound, and its small size makes it handy to take just about anywhere. I also have a 1977 Hamar Sunburst, a 1984 Jackson USA Soloist, a 1987 Ashbory Bass guitar, a 2004 GT banjo, a 1999 Cordoba 45 MR Classical guitar, and a 1967 Martin D-16 acoustic. I also have several other instruments.