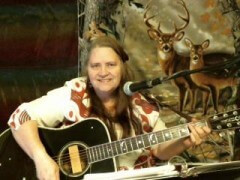 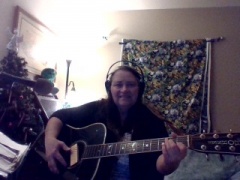 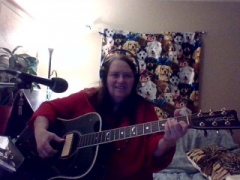 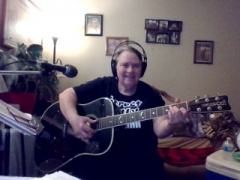 Norwich,KS
United States of America
Genres
StreetJelly Stats
Member since:
Last show:
Number of shows: 704
Total viewers: 26,685
Fan favorites: 194
Remove Ads
More About Jean Jennings
I grew up in the State of Mississippi where I was born and raised in the country, where I had the pleasure of listening to some wonderful country/bluegrass entertainers and Gospel also. I was influenced mostly by The Queen of Country Music Miss Loretta Lynn and my grandpa always had the radio on day and night and I learned to play the guitar at the age of 9 and my first song on the guitar was one of Loretta's called "Before I'm Over You" and I learned several others of hers and then liked several other artists too, such as Dolly Parton and Patsy Cline, Hank Williams, Charley Pride, Merle Haggard, Willie Nelson and Reba McIntire and I played in several bands at a young age, also Eddie Bond's Radio Ranch in Memphis, Tn. and Mom told me I once played on the Ted Mack Amateur hour when I was very young too..now I just enjoy all kinds of music and play all kinds except Rap,..I don't do that..I mostly enjoy the old country oldies and goodies and a little bit of rock. I play as a single now.

We were performing at a lake and having fun with friends one evening and while I was in the middle of a song some kind of bug flew in my mouth and I hit the highest note I ever hit in my life..lol I didn't even get to taste it...but not my kind of protein..lol

I don't have a name for my guitar but I love to play it and I have 3, an Alvarez, a Guild D-35 and a Handmade Hohner.

DJ Pin
104 Awards
“Thanks for playing my song.”
Last Awarded:

The Big-Deal Pin
8 Awards
“You're going to the Big Time.”
Last Awarded:

Solar Eclipse Pin
3 Awards
“Once in a lifetime.”
Last Awarded: