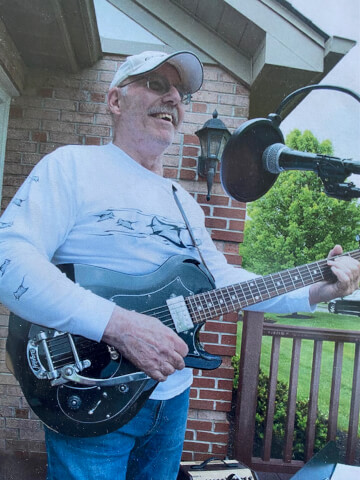 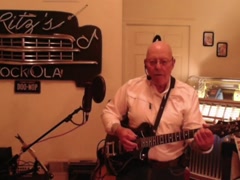 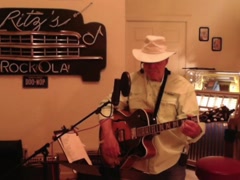 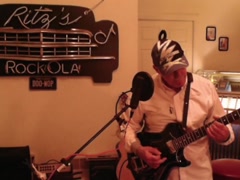 Valencia, Pennsylvania
United States of America
Genres
StreetJelly Stats
Member since:
Last show:
Number of shows: 130
Total viewers: 1,728
Fan favorites: 14
Remove Ads
More About GeneRitz2late2bgreat
Hey thanks for checking in on me! I'm Gene Ritz, and yes at 73 years of age, it may be "Too late to be great"...but I can always strive to be better & have fun while doing it! I've been playing the guitar for about 50 years and still have my first one. Now, I play a newer Taylor rosewood 414ce acoustic/electric; a new PRS electric, and a 31 year old Washburn J6 hollowbody that was stolen when new and thrown into the woods when the thieves were chased! Yes, I even wrote a song about it.

I've performed out at a number of different venues-the largest being open mic nights at The Orange Blossom Opry in Florida in front of 400, down to neighborhood gatherings of 8. Doesn't matter really-as I love playing and singing the old stuff. I'm new to "livestreaming" and I hope you enjoy the tunes!

BTW-the jukebox in the background is a 1952 Seeburg M100 we've had for 40 years-the sign I made and had someone add the neon.

Hope my show brings back good memories of the 50's through 70's...tha

Never had the guts or opportunity to busk on the streets-but I have a lot of respect and admiration for those artists that have! I suppose the closest thing I've done is playing out on our deck to the neighbors some Fridays during the current pandemic "stay at home" orders here in Pennsylvania.

I remember it was the second year I played at the Orange Blosson Opry in Weirsdale, Florida in front of 400 or so people, and the quite large and well equipped stage looked a little different to me. Sure enough, the large monitor/speakers were now placed 2-3 feet behind me just in front of the 7 piece professional back-up, band. They used to be aimed out at the audience at the edge of the stage.
My songs went south in a hurry as the sound from the big speakers crashed my hearing aides-causing them to quickly turn off-then on-then off several times a second! Totally disorienting me as to what I was playing or singing. Even I didn't know for sure what had happened until practicing at home months later. I found the G, B and high E strings simply stop making sounds...wait, that is until you turn the hearing aides to the "music" setting that prevents that all from occurring!
It was hard for friends that were there to buy, but it did happen that way! That's my story and I'm sticking to it!

I still have my first (nylon string) guitar I bought in 1974 while on a trip to southern California. The music store was in Huntington Beach, just across the street from the boardwalk where (according to the salesman) John Denver played to small crowds from a guard stand after dark. I was compelled to buy the guitar on just the idea that one of my early musician idols frequented the store; poor quality instrument but I didn't care!
I never really named my guitars...

*Songs on Apple iTunes: âMemphis Angelâ, and a patriotic one that is about our Veterans: âIf We Fall, We Gave it Allâ