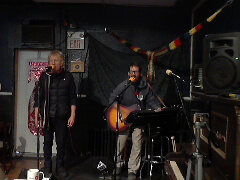 FrankB | people like it..not sure but it`s lots of fun 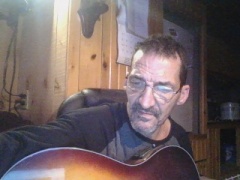 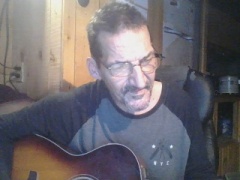 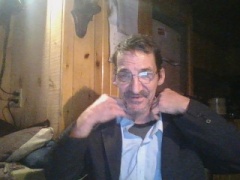 near Bobcajun, Ontario
Canada
Genres
StreetJelly Stats
Member since:
Last show:
Number of shows: 126
Total viewers: 1,837
Fan favorites: 14
Remove Ads
More About FrankB
Exchanged horsemanship lessons for guitar or piano... I picked guitar. Played at church. I don't think I've even played for 15 yrs yet. Started jamming with music teachers . When I hear my recordings, I find I sound terrible, but people insist they like it and my song choice. When I play with others, they mostly insist I sing, so I stick to simple rhythmic section. I'm a private person with stage fright, but I attract attention in spite of me. I like to go through classics like a jukebox because I can. I even added harmonica. I try to add a new song every week to the library, it's been years..... so I have many. I try to stick to original versions so that I can play with anybody.
my passions; music, horses, women, kids. I get up early to work and I work very hard. My fave is Neil Young, but eagles, Rod Steward, Tom Petty I do too along with so many others. I get motivated by input from jellies good or bad don't be as shy as I am, welcome...
I invite friends to jam along,

Serenaded a homeless couple for HER birthday, put my gig bag on the ground and tried to give THEM the money, they wanted to share their food with me instead. I made their week. :) Played at a valentine's day wedding on a last minute request. How could I refuse...so romantic. Went to karaoke , had my guitar, a guy asked me to sing a song, he picked it !!! he was amazed because I played along..... "pink floyd" it was easy, but I didn't miss a beat or chord.

I showed up drunk at a session and the band, 1 by 1 told me " love your playing but don't do it" that's why I don't drink and play, after is cool. Had a blank singing "knocking on heavens door" since then, I write everything down....just stage fright.. One hot day, the folks wanted more songs, I had to stop because my glasses kept steaming up from the nerves.

Since I travel: guitar and harp is better than a piano. My 1st and favorite is a cheap classical nylon string. But it has a bent neck now and I need to replace her. I have gotten others since so I am rocking on!!! Now I also include harmonica on some of the songs.Got myself a cheap yamaha electric acoustic that is light weight to travel around.