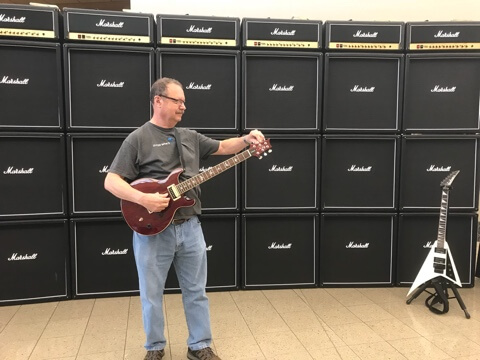 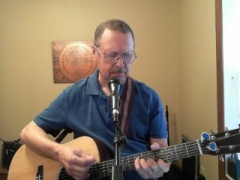 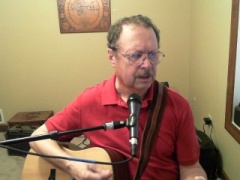 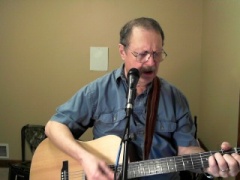 LIma, Ohio
United States of America
Genres
StreetJelly Stats
Member since:
Last show:
Number of shows: 40
Total viewers: 1,040
Fan favorites: 13
Remove Ads
More About Eric_S
My name is Eric Shellenbarger. I got my first guitar when I was ten. I'm one of those guys who grew up on the stage. I think I played in my first bar when I was 15. I've played clubs, proms, festivals, etc. These days I stay pretty busy performing as a solo artist.I play for retirement communities, banquets, farmer markets, wineries, etc.
I was influenced by the whole 1960's musical scene. I enjoy most music. I bill myself as a folk singer but I really play Americana music. It's a mix of folk, popular, rock and jazz music.
I've made a couple of videos for youtube so people who are interested in booking me can check me out. I think it works better than recording a demo CD.
These days I'm most influenced by fingerstyle guitarists like Mark Hanson, Tommy Emmanuel, John Standefer and of course Chet Atkins.
That's a quick bio of me, I hope you enjoy my music!

I've performed a few times at Farmers Markets. It was fun and doesnât require a large repertoire of songs as most people are just passing through and arenât going to listen to more than a song or two.

I've had a lot of guitars. I generally trade the old one in for a new one. I currently have a 1974 Les Paul Deluxe that I bought new and will probably never sell. It's kind of my Excalibur. I also have a 2015 Fender Starcaster, a Takamene acoustic and a Martin acoustic which has become my main axe. I use a Fishman amp. They are great amps for acoustic guitars and vocals. And they're perfect for small venues. I use 4 pedals: A Zoom Multistomp MS70CDR, a LR Baggs Equalizer, a Jam Man looper, and a TC-Helicon Mic Mechanic. The Zoom pedal is chorus, reverb, and echo combined in 1 pedal. It is very versatile. I've never been one to name my guitars, cars, or houses.