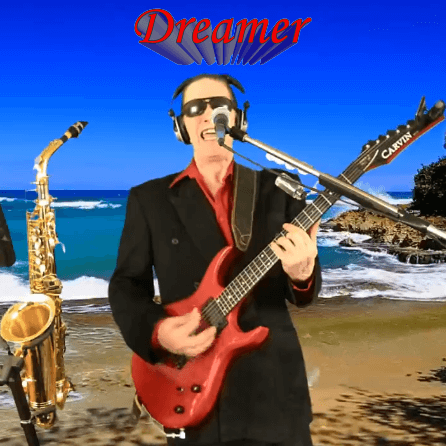 Dreamer One Man Band | Songs & Stories From The Road 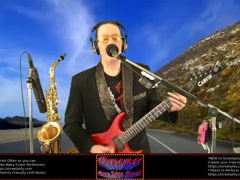 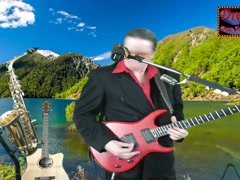 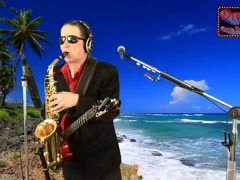 USA
United States of America
Genres
StreetJelly Stats
Member since:
Last show:
Number of shows: 129
Total viewers: 6,014
Fan favorites: 93
Remove Ads
More About Dreamer One Man Band
Hello, my name is James Hill. My grandfather started me when I was a baby, bouncing me on his knee, rattling his false teeth at me & teaching me Honky Tonk Ragtime Piano.
Started taking Flute in 3rd grade, then switched to Drums in 7th grade, but kept playing flute with Moravian Church Symphony Orchestra & picked up French Horn & Coronet as well.
I got my 1st Electric Guitar & Amp at age 11 & started playing in "basement bands" & local neighborhood birthday parties & events.
Made my first money in a band at age 15 playing skating rinks, school dances, American Legion, etc. & kept doing that until age 21 when I hit the road playing & singing for a living & have maintained steady employment on-stage ever since.
In Jan. 1985 the drummer left & that is when I started programming songs and have evolved with MIDI ever since & still stayed working even tho it was RoBoTiC.
In 2009 I "Killed The RoBoT" ! Now it FEELS like a REAL BAND again & I am Excited

I played with the "Bobby Allen Band" from Winston-Salem, NC on the road doing Mississippi River Towns for a couple years, and even when we had a "week off" we did not take time off and played local bars & hotels.

And one night after a gig in Winston, we went to eat at a local diner.

Bobby and I took acoustic guitars and threw a hat down on the parking lot and started
playing and singing.

It didn't take long to draw a crowd and suddenly this older gentleman walked up carrying a Dobro.

After we played for about an hour the cops called us down & we had to quit.

Not bad for 1 hour and a hat on the ground.

In 1996 I was playing the Ramada Inn in Elkhart Indiana.
Near the end of the 2nd set, a rather large group of people showed up
and parked straight in front of me across the dance floor.
I ended that set with "Ventura Highway" by America, only to find out when introducing myself to that crowd that they had just finished a concert at the fair down the road.
They WERE America!
Dewey Bunnell called me over to the bar and bought me 2 shots of tequila (which i NEVER drank)..but of course I took them and back on-stage I went for the 3rd set.
Then after 2 songs Dewey walked up and asked to sing Ventura Highway, of course I said YES!
And if you know Ventura Highway, the Intro is one time around then singing starts, but I had My Intro 2 times around & caught Dewey off guard..so I had to *catch him up* and we finished the song out fine.
He bought me 2 more shots right before the last set & yelled "Hey Jimmy! Do my song again and DON'T SCREW IT UP!" I did and I didn't mess up!

I do all my own backing tracks from scratch (including harmony vocals) in my own studio.

Several friends scattered about in Los Angeles, Austin, Nashville and even some in Australia pitch in on harmony vocals for songs I do. That is really a blessing especially having lady singers helping. No matter how well I can do falsetto I cannot sound like a lady.

Now instead of counting sheep before I go to sleep, I can count all the tanks of gas I'm NOT going to have to spend getting to the next gig - AND - I'll have a LOT More Time to Focus on my Original Songs!

I do a wide variety of covers and original songs & hope to see you here on Street Jelly.

DJ Pin
24 Awards
“Thanks for playing my song.”
Last Awarded: