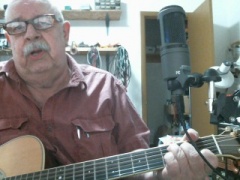 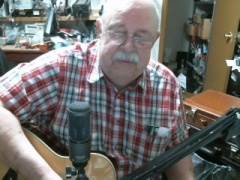 Independence, Mo USA
United States of America
Genres
StreetJelly Stats
Member since:
Last show:
Number of shows: 28
Total viewers: 256
Fan favorites: 5
Remove Ads
More About Doug Jones
Clifton Printy steered me to StreetJelly. We've been friends several years.
I play rhythm guitar and caliope (Shrine parades). I learned to play out of the "Roy Clark" guitar book about 35 years ago. Along the way I met some friends who have the "Honky Tonk XLT band". We Jammed frequently at the local Eagles club. Mostly Country. Eventually I played in their country band.

I like to jam. Locally we have several regular jam groups. I try to get to them as often as I can.

My favorite music is Top 40 R&R from the 50's and 60's. A few years ago I helped put together the "Drive-In Band" specializing in 50's and 60's rock. We had a lot of fun playing the local bar and fraternal club circuit. Music is just plain FUN!