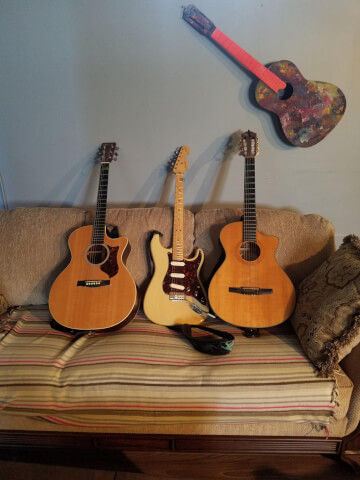 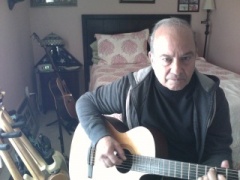 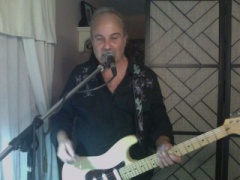 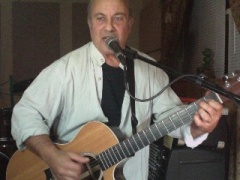 Albrightsville, PA
United States of America
Genres
StreetJelly Stats
Member since:
Last show:
Number of shows: 88
Total viewers: 1,233
Fan favorites: 20
Remove Ads
More About CraigE
I have not only been been blessed with the ability to play guitar all my life and write songs in many genres that have shaped my guitar stylings, but have reached the souls of fans by enriching their lives as they in return enrich mine. Although my career as a Special Education teacher has also provided the opportunity to reach into the hearts, minds, and rhythmic souls of young people; I hunger for the adult audience who are mindful. My songs are focused on getting back to the musical roots from where we come while I add my contemporary twist to most tunes and make them a bit more unique. As you listen to my music, the tunes may help you either laugh at yourself, reflect on daily joys and sorrows, or simply enjoy the musical journey my tapestry of chords and melodies may weave. Music is many things to many people so sit back, take a few moments of your time, and please enjoy the journey. Let me know that you're onboard!

DeJaVu is REAL. I have had countless episodes throughout the decades of my musical journey from night clubs, weddings, and concerts as well as entertaining on hospital ships, rehab hospitals, and senior facilities. But perhaps the weirdest of them all, is after 40 years of being separated from my bandmates Streat, through Facebook we re-descovered each other and kind of picked up where we left off. Although you can't teach all old dogs new tricks, we did manage to resurrect many classics by the Stones, Allman Bros., and a smattering of Floyd, U2, and other artists of the late 20th century. We played a few shows and gained rave reviews from our growing fan base.

A sharp contrast to my career as a Special Education teacher where I also included my guitar and songwriting skills for special needs students of all ages.

I recall an engagement where our band Streat were being introduced by Allison Steele; a popular DJ from WNEW/NYC for the release of our new record. In a packed club in NJ, my girlfriend was possessed to put out her cigarette in what she thought was an ash tray. In the semidarkness of the stage before the show lights were turned on, she extinguished her cigarette in a plastic box filled with guitar picks. Have you ever smelled the toxic stench of guitar picks burning? Either did the patrons or management of the club. Although pouring a beer over the smoldering picks extinguished them, the room filled with smoke caused an evacuation of the club. To this day, I don't think they know she was responsible. Maybe that's why they say girlfriends and bands don't mix.

My guitars, are like having a group of friends. Some speak an acoustic language, some with nylon string voice (Taylor), with steel string voice (Martin), or the multiple dialects of electric guitar (Strat, Tele, Schecter)