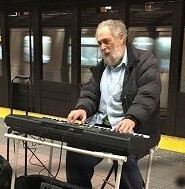 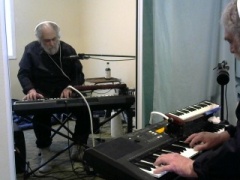 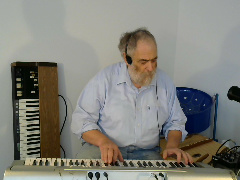 I am piano man who has played everywhere you can think of. I've played in elementary school shows, Hollywood musicals; piano bars in New York City, Paris, and San Francisco; blues, jazz, and rock-n-roll bands around the country and hundreds of nursing homes.

Piano Bar is the music - 30's to the 70's mostly - blues, jazz, rock 'n roll, country and almost anything you want to hear

Piano Bar is requests - make a request - if I know, we all get to hear it - if I don't know it, i get to learn it so i can play it next time

I was playing in Seaside, Oregon when a guy walking by was so overcome with the music he started dancing in the middle of the street stopping traffic (it's a small street with slow one-way traffic so nobody got hurt). Pretty soon he had about 15 people dancing with him including some of the drivers and passengers from the cars waiting. I started to worry about the situation and finished up the song, which was hard to do because everyone was having so much fun. I've had lots of people dance before, but never to the point where they stopped traffic.

I often perform on a Melodica (or Melodium) depending on who makes it, which is a combination of an accordian and harmonica - you blow like a harmonica and has a keyboard like an accordian. I never considered it to be a "real" instrument but usually had to play occasionally. I was in New York City playing the hammered dulcimer in Central Park by day and going to the opera by night and living my dream, when my hammered dulcimer was stolen and I was stuck in the city with only a melodica. So I started playing in the subways and in the park and had a great time just playing melodies from all styles of music. Lots of European and Latin music. Lots of great jazz standards. Lots of simple rock 'n roll from the 50's and 60's. I even throw in some Hendrix and Nirvana just to make things interesting.

I hooked up a contact pick-up last year and, hello, it's a new ballgame. I am just starting to play with sound so time will tell where it will go