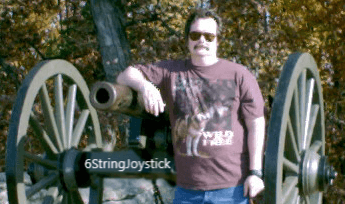 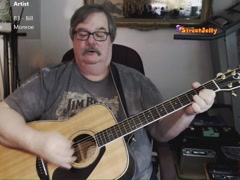 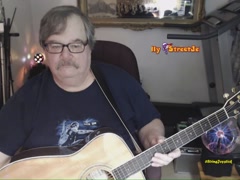 I enjoy playing Bluegrass and Old country music. My Father and Brother played in Bluegrass bands during the 60's - 70's - 80's - 90's. I started out playing in the local rock bands, then switched to country and bluegrass.

I hope you enjoy listening as much as I enjoy playing! - 6StringJoystick (Mike)

I used to played in a rock band. We played a live show on a friends front porch. My friend lived along the main road. People were stopping everywhere. Blocking the road, driveways and everything else. When the police showed up, the party was moved to the railroad tracks. Acoustic Guitars only, No sound man needed at the second gig. LOL

I once broke 2 strings onstage, about half an hour apart. Some guy yelled out, don't wind them so tight ! Turns out there was a sharp edge on the bridge saddle that would cut the string when I would bend it. I played the rest of the night not bending any strings.

My acoustic guitar is a Yamaha FG- 461S, good for Bluegrass and Country.
I play Fender Stratocaster with Texas Special pickups for rock. I use a Fender amp with about100 backing tracks installed.