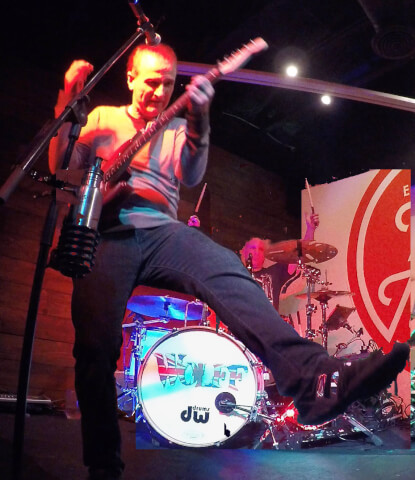 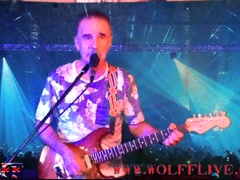 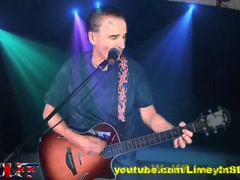 San Diego, California
United States of America
Genres
StreetJelly Stats
Member since:
Last show:
Number of shows: 88
Total viewers: 1,594
Fan favorites: 22
Remove Ads
More About Wolff
I'm from London, UK originally but for the past 20 years, San Diego's home. I've played both solo and in several bands as vocalist, guitarist and bass player (though not all at the same time!). I play in 2 bands and solo at a variety of venues around town. Since the lockdown, I've been livestreaming first to Youtube, then Sessions, and now StreetJelly.

Solo, I play both as a "1 Man Rock Band" (using my own Logic Pro-mastered drum tracks and my own bass recording) and also âAlmost Unpluggedâ using guitar and vocal looping stations to diversify my musical offerings. For both, when I play out, I do 60's - today's rock classics from "Both sides of the pond and beyond" but also some originals off my 2 released CDs, Sins of the Times (2009) and American Dream (which I crowd-funded in 2016).

Stylistically, I draw from bands like The Who, U2, Police, English Beat, Pink Floyd & it's proven popular with bars and fans in San Diego.

Fans ask how I got started. I "thank" George Soros (yep, the investor) for that. While I played a bit in England, I came to the US for grad school, funded by the UK government. Soros shorted the pound by 50% before my dough arrived, so I was REALLY short of cash! I put a "FREE SEX"/ (actually I'm looking to form a band)" ad up on the college bulletin board. Some horny buggers reached out so my first US band, British Wire Gauge started. Back then at Stanford, bands were mostly playing Grateful Dead covers etc. We made cash playing Brit punk and New Wave playing Frat/ dorm parties, so thanks, George! We even got on local TV and radio!

Playing out is great fun, but once almost killed me. Driving back from a gig early one morning in my old gig-funded '63 Rambler full of band gear, I'd just exited the freeway when the back wheel fell off, wedged itself in the wheel well. If that'd happened on the freeway, likely both the car and I would be "brown bread" (Cockney rhyming slang).

I was on stage at a gig in San Diego and did a "spectacular" jump in the middle of one song. A bit like flying, the launch was easy, but coming down I landed on my effects pedals and almost fell off the stage into the audience.

I don't leap as much these days.

I bought over to the US with me an Ibanez Musician 400 paid with hard earned cash after returning to London from a summer job in Belgium in the 3 weeks I had before coming to the US. It's a great guitar, Walnut, full 2 octave neck, active EQ, the works, but it weighs a ton! These days for the typical 3 set gigs, I use a Fender HSS Strat Deluxe as my main axe with a Fender HSS Strat Special as backup. I use a Zoom G5n effects pedal board and an RC2 looping pedal.

My Almost Unplugged act evolved over 14 years. I started on acoustic (too hard to play leads), went to a Gretch Hollow Body (didn't like the acoustic tone) until I finally tried a friend's Taylor T5 - great sound. Too expensive for me new, but I had some cash left over from crowdfunding my second CD, so I bid for one on eBay. It remains my only successful eBay auction win. Likewise, I use it with the Zoom G5n and the RC2. I also use a TC-Helicon Voicelive and an RC3 loop station so I can harmonize with myself.