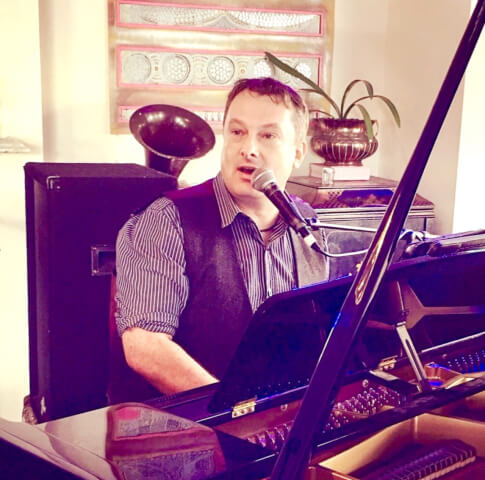 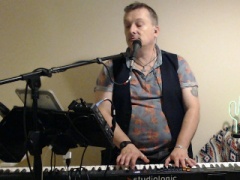 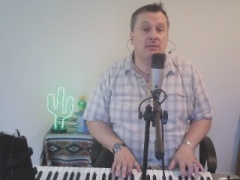 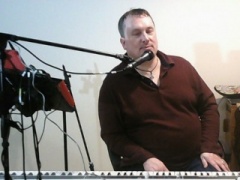 England
United Kingdom
Genres
StreetJelly Stats
Member since:
Last show:
Number of shows: 7
Total viewers: 184
Fan favorites: 8
Remove Ads
More About Justie
I'm a seasoned live and studio musician and recording artist having played in many pop cover bands, and played in six folk dance bands. Although my music can be found on iTunes and Amazon Music, my heart is in entertaining people though live shows and that is why i'm here on Street Jelly :)

Early experiences on the streets performing:. I used to play a traditional side drum and tambourine in a Ladies Folk Dance troupe; very similar to English mens 'Morris Dancing' from 10yrs to age 18 as my father played accordion in the band, and my mother danced with the other ladies. Last gig was at Londons 'The 02' Dome (called in 2000 'The Millennium Dome') outside for three 1 hour sessions as many hundreds of people arrived that day, . Wow as a young man I was so excited!
Busked on the streets a few times; Oxford and Salisbury to name but a few places I've performed 0>

In my late teens I went to a private 'Jonny Cash' gig, yes the real Mcoy! Although I hadnât heard of him; but was told the music would be at the secret gig would be excellent . End of the gig I had a chance to chat with him and his wife â but when I spoke to Jonny I said âyour music and your story and journey was amazing to listen to but, until today Iâve never heard of youâ .. as you can imagine Johnny was surprised and gave me a weird and embarrassed âerm okay!â.

Another time when I was in Liaison Pop Tribute group we were alternating sets with 70's pop group 'Boney M' at Jumping Jacks in Southampton; and we were told by the organisers we sounded much better than them; gaining the audience's claps and hails for an encore!

I learnt to play piano (great granddad's lovely Bechstein upright) from age 8 and progressed to accordion and then play and program synthesisers; bar singing keyboards are my main instrument. I'm from a musical family, I also learnt to play traditional percussion for folk music from an early age progressing to a drum kit with tutorials from a good college friend eons ago it seems! I love entertaining and hope you enjoy my music as much as others have over the years. My collection of keyboards don't have names yet..