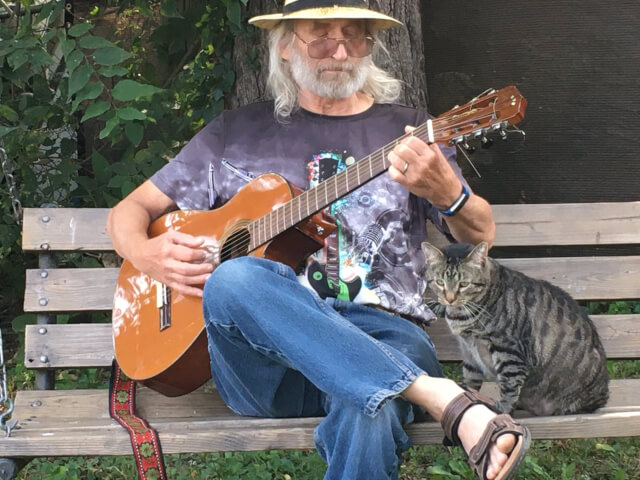 Win C | Timeless Music and Songs of the Times 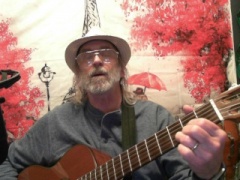 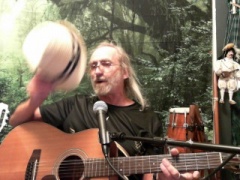 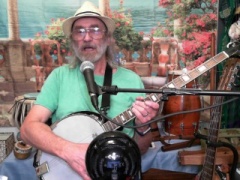 Alexandria Indiana
United States of America
Genres
StreetJelly Stats
Member since:
Last show:
Number of shows: 434
Total viewers: 11,127
Fan favorites: 75
Remove Ads
More About Win C
"Thursday nights at 9pm Eastern!" That's been my mantra now for more than seven years as that is my time slot for my regular Street Jelly show. My dear wife Domonique is your hostess on the chat board while I sing "the mountain ballads and the folk songs of our land." Actually, not so much the mountain ballads, but a lot of folk songs, folkified country, and gospel tunes.
My music comes to you as I play it. In keeping with the traditional folk genre, what you see is what you get--me and my instruments.
Domonique is also in charge of the visual appeal of my shows. She provides the background draperies that change frequently and makes sure that I don't look like some of the characters in my songs. E.g., no "dirty red bandanas" and no "cleanest dirty shirt."
Viewer have said recently that my shows are always fun. Someone commented that I was the "funniest and most lovable musician on StreetJelly." My name is Win Corduan. I'm a retired philosophy professor, and I cherish creativity.

It was late one morning in 2018 when I was walking along Bourbon Street in the French Quarter of New Orleans, carrying my harmonicas along--just in case. Already at that time of day, things seemed to be fairly hyperactive with young boys drumming on buckets all along the road, and tourists heading every which way. Did they know where they were going? As I was contemplating this and other unanswerable questions, I found myself at the gate of a restaurant with outdoor seating and a jazz band doing their thing. Timidly I approached the apparent leader in between songs and asked him if it was okay for me to play my harps along quietly off to the side. He gave me permission and even told me what key they were in. I enjoyed myself already, but then, for the next number he called me up to the stage and said that I could join in and even do a solo. He must have liked what he heard. So there I was, sitting in with Dave Ruffner and the Beignet Orchestra on Bourbon Street. A memorable moment!

Recently, at a former colleague's retirement dinner, I endeavored a musical tribute. As I made some introductory comments, my mouth started to go dry, a frequent affliction nowadays.
So, I launched into the song with my mouth feeling like a drought in the Texas panhandle. By the 1st chorus, it was the Gobi desert, and the Sahara by the 2nd.
Desperately I moved my tongue around my mouth between lines. I tried to find an oasis, but I didn't even get a mirage.
About to start the third verse, I suddenly sensed some solid objects rattling around in my mouth. I inserted a lengthy silent fermata into the song in order to check out discretely what was going on. Carefully dropping the things into one hand, I saw two crowns that my dry and sticky tongue must have separated from their posts. I quickly pocketed them and resumed my number, trying not to show the big gap in my teeth.
When I returned to my seat, I kept my mouth covered. And I realized that I had a new item for this page.

At age 14, I spent 5 dollars on a broken lute that I used as a guitar. It had its ornamentation knocked off, and some household wire performed the duty of the B string. At that, it sounded okay to me. A while later, on a family trip to Mexico, I picked up a guitar which was great if you ignored its warped neck. Eventually it gave way to a "Harmony" store brand, which I played for several years. By that time, I was married, and my wife referred to the guitar as my "Gertrude," the subtext being that I spent too much time with this rival for her attention. Eventually in the early eighties someone gave me a Yamaha G-235, already dubbed Sarah. She has been joined by Fred (a Yamaha FG 260 12-string guitar), Joe (my banjo), and George (my accoustic/electric base). I also play a dulcimer, an auto harp, and a three-string cigar box guitar, none of which have ever been christened. I should not forget about my collection of harmonicas, but is it going too far if I mention my kazoo here?

DJ Pin
12 Awards
“Thanks for playing my song.”
Last Awarded: