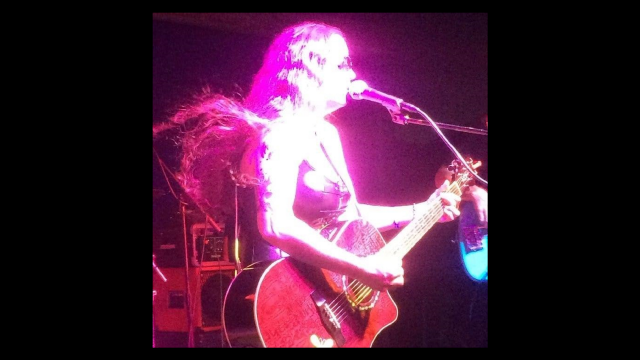 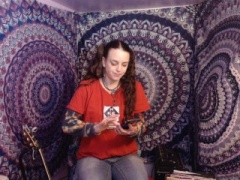 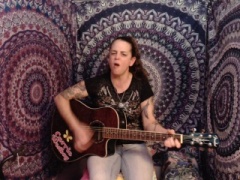 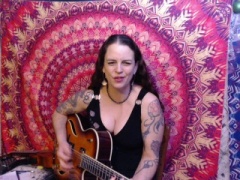 Prudenville, Michigan,
United States of America
Genres
StreetJelly Stats
Member since:
Last show:
Number of shows: 16
Total viewers: 221
Fan favorites: 12
Remove Ads
More About TheCarrieWestbay
Michigan musician, Carrie Westbay is an acoustic entertainer who has been performing & writing music for over 25 years. You can hear some of her original songs & versions of covers on soundcloud, youtube, myspace, facebook and reverbnation. There are also tracks available for download on amazon & itunes. She's been working on a New album. She's selling CD's of her new music as well as a live EP from Chicago Acoustic Underground and Moonstone, a 5 song EP.
She performs livestreams ONLINE, solo gigs, attends & hosts open mics all over Michigan when she's not with her band. .
She started out vocally in public at age 9 or so & then learned to play french horn through the school's band program in 6th grade. She played in marching band, pep band, solo & ensemble, & band festivals. Later she picked up trumpet in jazz band
She picked up guitar to start writing music, but soon realized she could make money playing coversongs as well. AND she was good at it.

A little old lady requested Bobby McGee- I didn't know it yet but my guitarist at the time said he would sing it- and he did. The little old lady took her money back out of the bucket and said "I wanted to hear her sing it"

I have have yet to embarrass myself in front of a musical idol. But trying new songs with my band or playing a much larger venue than small bars we frequent will often make me nervous

My recent addition to my guitar arsenal is a Jaguar replica. It is lightweight and mint green. WE call it the Girl scout cookie monster. or the Green machine- or green monster.
I also just paid off a Deal Stylist Semi Hollow body